Home » What You Should Know Before Becoming a Truck Driver » From the Heart of a Professional Truck Driver – A Story of Gratitude
This post may contain affiliate links. You can read the full disclosure policy, which is pretty dull, but here it is.
8 shares

I received this letter from a professional truck driver.

I am aware of his identity.

He was not afraid to reveal his identity, however after some discussion, I thought it best that the letter remain anonymous.

I could write a ‘thesis’ about this letter as it is loaded with ‘life lessons’.

Driving a Truck For a Living CAN Be a Good Thing 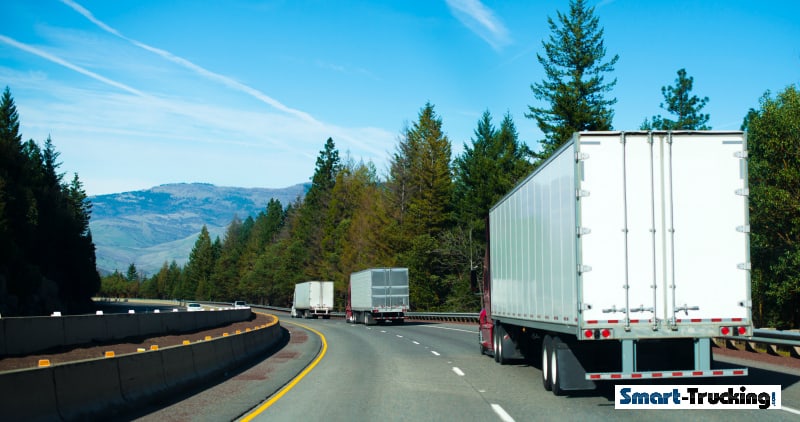 I feel I have to say something.

I probably don’t have the right to, but what the heck, I am going to anyway.

I frequent many of the Facebook sites related to trucking and I have noticed a certain theme on many of the posts.

I hear so much from professional truck drivers about how much they hate trucking.

They hate the dispatchers, the DOT, the trucks, other drivers and all companies.

Don’t get anyone started on four-wheelers or new drivers.

Oh yeah, the money is poor too.

They pretty much hate everything about trucking.

Unlike back in (whatever year was your favorite) when the streets were paved with gold, men were real men, women were real women, trucks were real trucks, and everything was pretty much perfect.

Before Becoming a Truck Driver

I am going to give you a little background on myself before I get into my rant.

I was a military brat who moved around a lot.

We did a lot of traveling back and forth across Canada and the only time I remember being at peace was when we were driving across the country on the Trans-Canada.

I remember as a kid looking out the window at the trucks, and trains, and thinking how wonderful it would be to be able to be on the road, to have that peace and freedom, to daily see new and wonderful things and places.

I knew I wanted to be a truck driver the first time I ever saw one on the highway.

But that wasn’t to be, at least not for quite a while.

First I had to be a homeless teenager on the streets of Vancouver.

Some of the fine folks I met at that point in my life, helped introduce me to my first “career” —  substance abuser.

Over the course of my life, I have been addicted to coke, meth and crack, and just for kicks, I threw in some mild alcoholism.

From the time I was 16, until I was 39, I was homeless in downtown Vancouver 4 times.

I have been to treatment 3 times and even did a 60 day stay at an Ontario correctional institute. 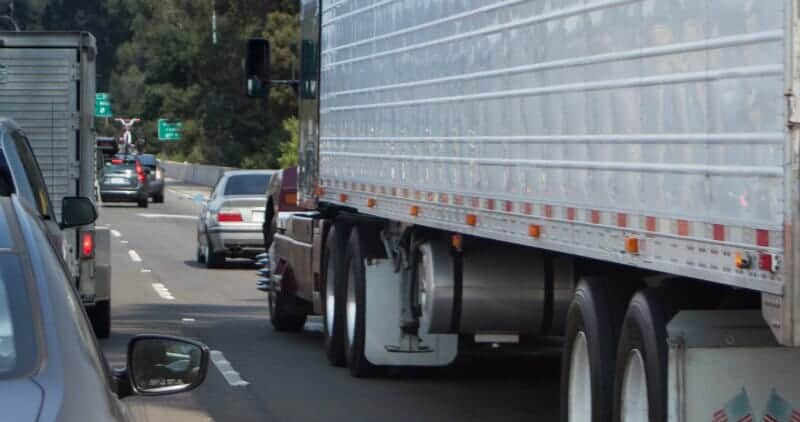 Many Other Jobs To Compare to a Truck Driving Job

Through that time however, I have always tried to pay my own way, which means whatever work there was, I took it.

I have cooked, landscaped, laboured, flat-roofed, bar tended at booze-cans and pumped gas, and done anything else that was offered to me.

I got my act together about 5 years ago, slowly dragging my ass out of the gutter and into a new, married life in Montreal.

To get married, I would roof during the day full-time, and cooked part-time in a pub at night.

To pay for the move out east, I did both those jobs and drove the courtesy shuttle on Friday and Saturdays until closing time at the pub I was also cooking for.

Although my misadventures did at one point cause me to lose my license, I worked really hard to get it back and to maintain it in good standing because the one thing that always put my soul at peace, was a full tank of gas and a long, long stretch of highway.

I have even managed to show my wife the beauty of ten hours of highway driving.

Fast Forward to Four Years Ago

When I moved to Montreal, I was told that the government would sponsor me for a 6 month truck driving course. I was ecstatic.

Turns out I lived in the wrong neighborhood to get sponsored but I might get a student loan.

For those that don’t know, Quebec is basically a French province. The course that was being offered had limited enrollment and if you were English speaking there would only be 40 seats available per year.

There were over 200 hundred people at my aptitude testing and there were three testing sessions that would be fighting for the first 20 seats (2 courses, six months each, for a total of 40 seats).

I don’t know what I did right, but I got accepted.

I managed to get a student loan, another hurdle jumped, plus a dozen other things.

In August of 2012, I was blessed enough to be able to start working on a dream that I have been harboring for 4 decades.

Despite the fact that I had spent $2000.00 applying for a pardon 2 years before my course started, it still hadn’t come through by the time I started looking for work. That made finding work even more difficult.

In January, 2013, I hooked up with a company that probably shouldn’t be in business, driving straight truck and relief Class 1.

When I realized what a fly by night place it was, I worked my butt off to find another company.

In July, I found a trucking company that appreciated a hardworking dedicated individual.

They paid relatively well, for entry level, their equipment is all brand new PacLease and Brossard trucks and trailers and they treated me with respect.

But they didn’t come to me.

I had to work my ass of trying to find them.

Ok, So Here’s My Rant

So here comes the rant.

I am sorry you hate trucking so much. I really am.

I am also sorry that I can’t hate it as much as you.

The closest I ever got to that before was flat-roofing, but have you ever seen an old roofer? No, you haven’t. You have only seen roofers who look old, because flat roofing will kill you long before your time.

I am sorry that I can’t hate the fact that there are idiots who do the same type of work I do.

I guess having worked in so many different jobs, I have learned that no matter what you do for work, you will always find people who don’t do it well.

The Realities of a Truck Driving Job

I am not a kid. I am older than some of you, not as old as others.
I am definitely old enough to know that yesteryear wasn’t perfect.
Not everyone was your friend and not everyone was a professional.

Have times changed? Absolutely, but that is what times do, they changed.

But so does the accuracy of our memory of our past.

It is called “romanticizing”. It is nothing new.

Love Being a Trucker

For me, trucking is a life-long dream come true.

It has allowed me to do something I love which is  driving.

I need to maintain a high-level of skill and professionalism that pays me a very livable wage so that I may support my wife and pups without destroying my body.

It is a job that I will be able to do until I retire.

We will always need people to transport goods.

It is something I look forward to everyday and I could not be prouder to do this job.

I always stop to help and I will stop to listen to advice from more experienced drivers.

I am sorry it is such a horror story for you, I really am.

But if you really hate it that much, maybe it is time for a change.

I am 8 years into a driving career now.

I have gone from box truck, to local to switch to highway.

It wasn’t always a straight and smooth ride to get here, but I love the job just as much, if not more than I did when I first wrote the original letter.