Home » Truck Driver Skills » The Weight Of Diesel Fuel: Facts Every Trucker Should Know
This post may contain affiliate links. You can read the full disclosure policy, which is pretty dull, but here it is.
38 shares 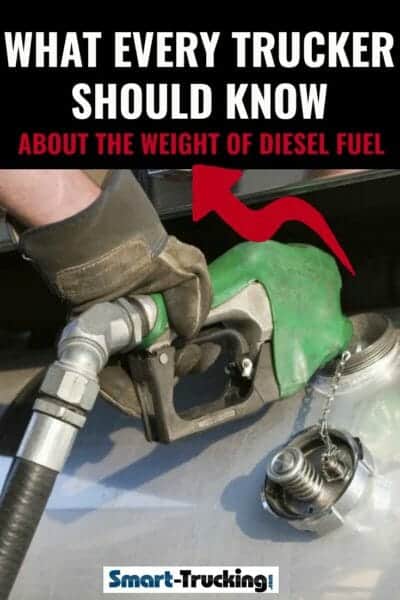 Remember to consider the weight of diesel fuel when scaling a truck!

More than once, I’ve noticed a new driver scale his rig after loading, finding his gross weight is under the legal gross allowable, then happily head off down the road.

He then loads up on product, only to be be ticketed for being overweight at the next scale.

Far too often, new truckers will forget to calculate in the weight of the fuel and on which axle group the fuel weight will alter the overall weight.

This of course, is different for each big rig truck and changes with each load.

However, in general a driver needs to be familiar with his equipment and his axle wt. when loading or fueling.

Just a simple calculation of diesel fuel weight and some trip planning, can make a trucker’s day go so much more smoothly!

The Weight of Diesel Fuel on the Axles

Consider the Location of the Fuel Tanks

When fueling, depending on where on the tractor’s tanks are located, the diesel weight will primarily ride on either the steering axle or the drives.

Obviously then, when a long hood truck is fueling, with his tanks underneath the bunk, most of the weight of the fuel being added is going to end up on the drive axles.

For this reason then, a long hood truck needs to maximize the allowable weight, after loading onto the trailer and steering axles, to allow room for added weight to the truck when fueling.

Related > How to Correctly Scale a Tractor Trailer

3,000 lbs is more than enough for virtually all highway trucks unless they are capable of carrying more than 300 gallons of diesel, which most trucks are not able.

Related > How to Set Up Axle Weights

> How To Slide the Fifth Wheel

What is the Weight of Diesel Fuel?

We like to round off the weight of diesel fuel, just to make it easier. Use the round figure of 7 lb. per gallon, when calculating the weight…. One hundred gallons = 700 lbs.

The weight of diesel does vary somewhat.

Temperature also affects the weight too, but minimally. 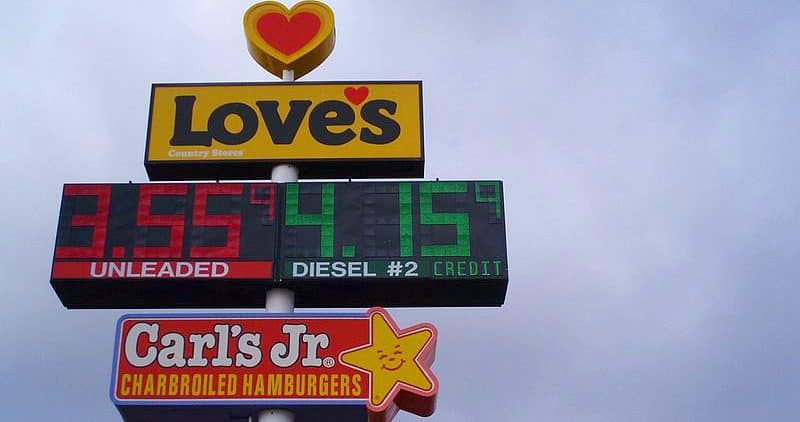 If you find you’re close to your legal limits on weights, common sense dictates, not to take on fuel just before entering a weigh scale. Know where the scales are located on your route and calculate in fuel stops.

This simple little bit of road trip planning will prevent big tickets on overweight fines and also a lot of major aggravation!

WATCH THE VIDEO VERSION OF THE ARTICLE! 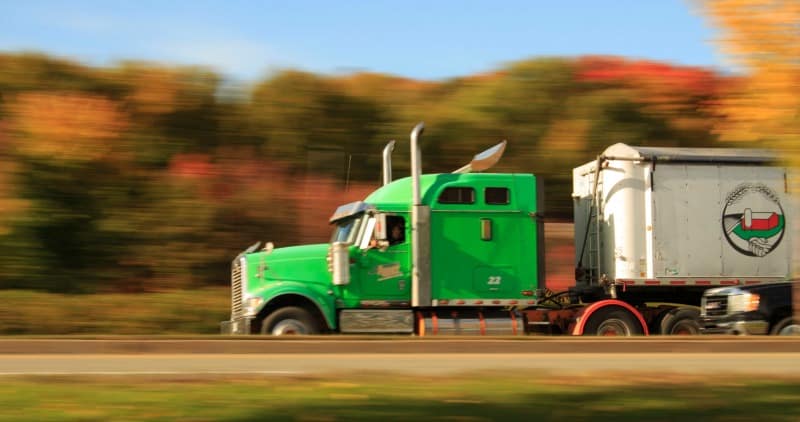