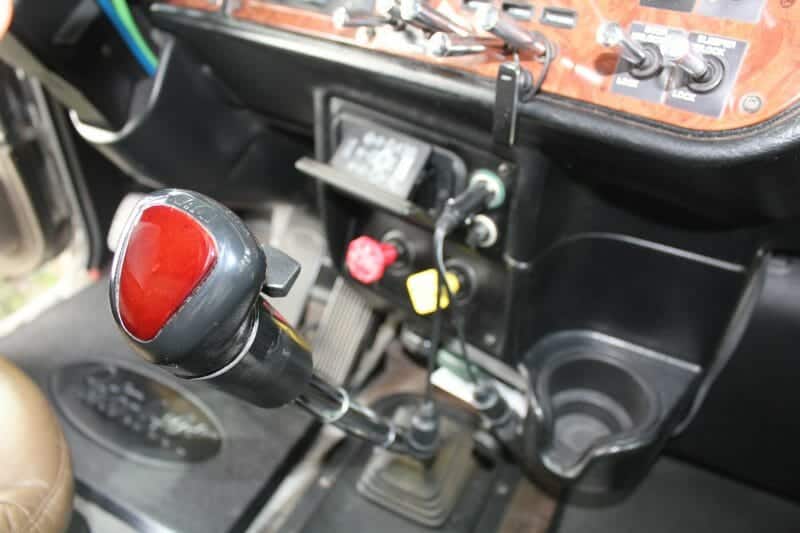 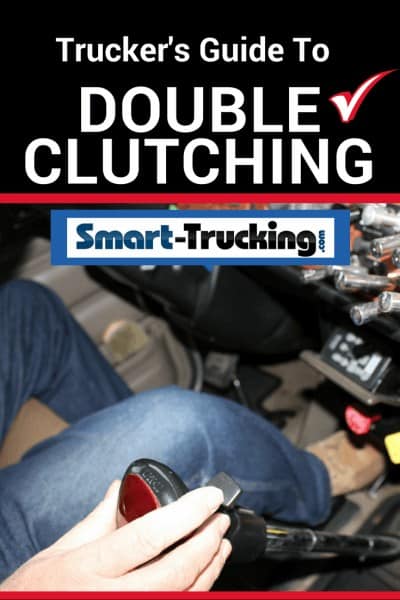 Double clutching is not a complicated process.  However, new truck drivers are often intimidated it because it can be difficult to shift smoothly.

There are a few secrets for the new professional driver to shift smoothly while double clutching .

The Process of Double Clutching Explained

Getting the Feel of Double Clutching

Double clutching is not like driving a standard car.

Related Article > How to Shift an 18 Speed Transmission

The purpose of the clutch is to slow down the transmission just enough so that the driver can slide it into gear.

When the clutch is pushed completely down to the floor, the clutch brake is engaged.

The only time it is necessary to have the clutch brake engaged is for moving the vehicle from a dead stop.

When you’re double clutching when moving down the road, it’s only necessary to  push the clutch in about half to three-quarters of the way each time.

Remember, not to push the clutch in fully to the floor.  If you push it fully to the bottom, you’ll eventually burn out the clutch brake. You only want to walk it, so push it down half to three-quarters of the way every time you shift.

Tips For Amount of Pressure Needed For Working the Clutch Brake

Double clutching can be a bit tricky, as every truck is different because each one has different clutch springs.

But remember when clutching, too little pressure won’t work and neither will too much.

Get the feel of the pedal and experiment and see how much pressure it takes to push it three-quarters of the way down.

Shifting without engaging the clutch is called floating gears.

However, mechanics will often recommend using the clutch because it eases the transition from the vehicle being in drive and not being in drive, and then sliding back into drive again for the transmission. Some truckers favour one method of shifting. Some favour the other.

The clutch’s job is to make sure that the transition goes smoothly for the drive train. No matter how smoothly you shift without the clutch, a mechanic will tell you it’s a little harder on the whole drive line than if you had used it.

Depending on the gear I’m in, sometimes I’ll float gears. My Peterbilt finds it easier to slide in and out of a few gears.

When I’m going from low range to high range, it likes the clutch. But I get into a certain range, it shifts a little more easily without the clutch

When I shift without the clutch, I’ll shift the gear and I won’t put any power to the throttle for five or ten seconds so I’m not engaging power at the same time I’m shifting gears.

Then there’s no hard impact between the drive line without the clutch and the motor. I’ll let it settle into gear and then I’ll ease onto the fuel again rather than impacting it with the fuel pedal.

Finding the Happy Spot When Shifting

My Peterbilt has a CAT engine. CAT engines traditionally like to shift in a lower RPM range.

My truck likes shifting around 1100 or 1200 RPM. It’s got enough torque afterwards to be able to pull it back into the happy spot, which for this truck is about 1400 RPM. This is quite typical of CAT engines.

Cummins and Detroit engines and even the new Paccar motors, tend to like a little higher RPM to operate and shift. So when you’re shifting gears on a CAT at around 900 to 1100 RPM,  you might be shifting a Cummins or a Detroit in around the 1500 RPM range. There’s a few hundred RPM difference.

Each truck, engine and transmission combination works differently. Each has their own personality. There are things they like and things they don’t like.

If you own a rig and keep it for any length of time, you will most likely need to replace the clutch. That can run around $2,000.

So the more you use the clutch, the longer it will last. If you keep it greased properly, you won’t be spending that $2,000 too many times during the lifetime of the vehicle.

Essentially this practice can save you some money.  Treat the vehicle properly, and you’ll see a savings on your maintenance costs.

No Substitute for Practice

It takes awhile for every driver to get comfortable with the little quirks of a vehicle. Every rig has a different feel to it. When switching trucks, slip-seating, it’s more notable.

Some drivers can adapt to driving different trucks fairly quickly, other guys, not so quickly. It takes them a little while to get used to it, and that’s perfectly normal.

It takes me a little while to get used to the feel of how different vehicles shift, what the truck likes, how the RPMs like to operate, where the sweet spot is.

So if you are new at double clutching, don’t be discouraged, if you are not getting the hang of it right away. It takes everybody some time to get the feel of the equipment.

The important thing is that you do get the hang of it, in order to avoid unnecessary wear and tear on the equipment.

That’s one of the indications of a good driver: someone who cares and is easy on the equipment, rather than brutalizing it.

One of the biggest secrets of mastering the art of driving a big truck, is a matter of ‘feel’.  Once you get the feel of how your truck operates, you’ll have nailed it.

WATCH THE VIDEO VERSION OF HOW TO DOUBLE CLUTCH