2023 Truck Driver Salary Reference Guide – The Only One You Need 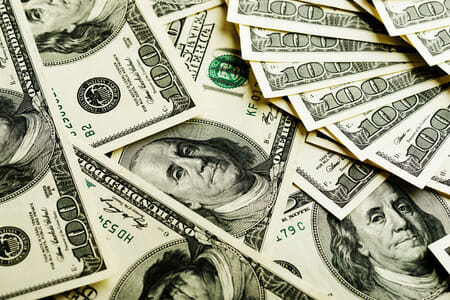 What are the truck driver salary rates in the U.S. and Canada?

How much can you REALLY earn as a professional driver?

This is certainly one of the most frequently asked questions by those considering pursuing a career as a trucker, and for those truckers already in a driving job, but looking for greener pastures.

After all, if the job doesn’t meet your financial needs and expectations, no need to waste anymore of your time investigating a career in trucking.

The Benefits of a Truck Driving Job

These are the ‘official’ most current numbers which show the annual pay rates as well as the hourly pay for truck drivers in the U.S. and Canada.

WARNING — WORD TO THE WISE: Beware of what you read online about truck driver salaries. They are often inaccurate.

The professional truck driver wages stated in this article are current and to be used as a guideline and indicator only, for the purpose of knowing a particular driving job or company you are researching or work for, is paying fairly.

For the most  accurate professional driver salary figures, it’s best to refer directly to the pay of a specific driving job with the trucking  company of your choice.

Related Article > The Best Trucking Companies to Work For USA

The 3 biggest factors which normally determine how much a truck driver is paid in the U.S. is determined by:

BUT, DON’T BE FOOLED BY THE RATES YOU MAY SEE POSTED !

The rate of truck driver pay CAN sound great for some states.

But keep in mind, those ‘high paying states’ for truck driver salaries, could also be states with a high cost of living. So for what sounds like a decent salary, truly isn’t when the indexed cost of living is also high.

IF YOU’RE LOOKING FOR A HIGH PAYING TRUCK DRIVING JOB, the secret is to look for a state where the salary is high and the cost of living is low.

Here you will find as listed by SeekCapital, the highest truck driver salaries. These numbers take into account the salary and the cost of living index in the state.

Here you will find as listed by SeekCapital, the lowest truck driver salaries, which takes into account the salary and the high cost of living index in the state.

Annual pay and hourly rate of pay for truckers.

Hourly rate of pay for truck drivers, by Canadian province.

How Trucker Earnings Are Calculated

Most truck drivers in North America are not paid a salary. Their earnings are structured around a mileage rate with some jobs paying extra money for various other duties.

We personally don’t like this method, but it has unfortunately become the gold standard here in North America.

Some drivers are paid by the hour for local and city work.

In our research and studies, I was interested to learn that most companies indicated the company driver would get 10,000 miles per month, on average.

I find that rather difficult to believe with the implementation of the EOBR system and the present hours of service regulations.

There are several variables which will determine how much a truck driver can expect to earn.

How Is a Truck Driver’s Salary Calculated?

There are 3 basic ways truck drivers are paid:

The oldest method of calculating trucker pay is by a mileage rate, set by the trucking company the driver is employed with.

There is some controversy and dissatisfaction among truckers with this method. Some employers (trucking companies) use different mileage software to calculate driver pay.

Shortest Miles – Shortest route miles of course benefits the company and saves them money. But the driver gets short changed as he cannot always follow the shortest route due to restrictions for heavy trucks, low bridges etc.

Hub Miles – Hub mile calculations includes each and every mile driven, whether rerouting around a construction site, pulling into an out of the way truck stop or taking an unscheduled scenic route. Very few  trucking companies pay hub miles as this would certainly cost them a lot more money than a computer generated mileage program would suggest.

Along with the mileage pay, companies also pay some of the following:

Trucking companies do not like to ask the shipper or receiver for extra money for truck delays, thus there is often no extra money to pass on to the driver.

However, our investigations tells us that some companies WILL charge for truck delays to their customers but NOT pass on the money to the driver.

In all fairness though, waiting time should be paid to the driver in all cases. A fair hourly paid rate should apply to all delays encountered by the driver.

There are traffic delays, equipment repair delays, loading and unloading hold ups which through no fault of the driver’s, he loses money as he is only paid when the truck is moving.

With the Hours of Service rules coupled with the EOBR implementation, waiting time pay for drivers is essential for fair pay to the truck driver.

We promote this method of pay to the truck driver for the above reasons. There are trucking companies who have OTR runs (long haul trucking) who have switched to an hourly method of pay, which we think is a big step toward fair pay to the driver.

Related Article >What Every Trucker Should Know About Dangerous Truck Deliveries

Percentage pay for the company driver is not common. However, we hear of small trucking companies paying percentage.

Percentage of a load pay is more often offered to the owner operator.

I would definitely not recommend percentage pay for a company driver. It would be a very unreliable method of pay and difficult to confirm.

Related > The Owner Operator Guide to Profit and Success

Is the Truck Driver Salary Rate On the Upswing in North America?

Some North American trucking companies don’t pay drivers adequately, for time spent behind the wheel and away from home, along with considerable out-of-pocket expenses. As a result, there is a truck driver shortage in North America.

Trucking companies have not been clever enough to do anything about it until recently. They’ve been unable to turn their heads away and ignore the problem any longer.

Now that the problem is very serious, some trucking companies are finally getting the message they can no longer pay peanuts to drivers. Low wages won’t attract drivers to fill the empty seats in their trucks.

However, the companies have been slow with increasing driver rates, and the trucker shortage problem continues to worsen.

Truck driver salary rates have failed to keep up with the cost of living increases and generally pay sub-optimal for the number of hours invested, and living conditions, and out of pocket expenses especially for long haul trucking jobs (OTR)

I believe, however, the tables are turning in favour of the trucker. Carriers are finally realizing they have no choice, but to step up to the plate, and lay down more money for the truckers, in order to fill the tens of thousands of empty seats.

The time has come. It is slowly becoming a trucker’s market. And it’s damned well about time. 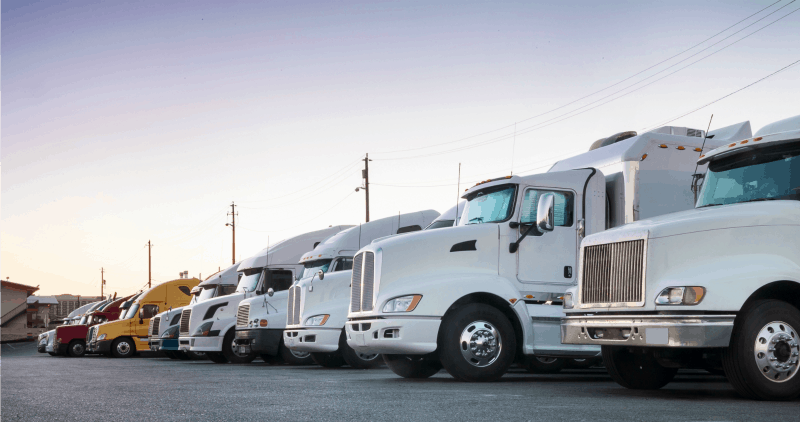