This post may contain affiliate links. You can read the full disclosure policy, which is pretty dull, but here it is.
30shares 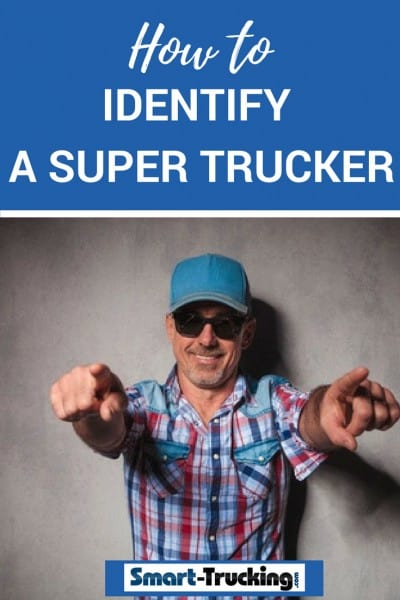 At some point in your professional driving career, unfortunately, you will encounter a super trucker.

Perhaps, he’s already pulling for the same trucking company you are working for.

A super trucker can be an independent trucker, an owner operator or a company driver.

They are often loud. No one else in the room can talk when they’re around. He’s the one that flirts with all the truck stop waitresses. They are self-centered and know pretty much everything about trucking!

How to Identify a Super Trucker

Fortunately, most super truckers spend most of their time on Facebook, rather than in truck stops, so most of us don’t need to interact with them very often.

They can be a dangerous force behind the wheel.

You Can Learn From Professional Drivers

Even after many millions of miles behind the wheel, I still encounter a driver almost every day, who has a great tip or piece of advice worth knowing about trucking.

These drivers are not the loud-mouth types. Those who have the most to offer, are usually the older, quieter experienced drivers.

If you are paying attention, you’ll catch their message and learn a valuable lesson. They aren’t the type to repeat the lessons over and over again, or beat you over the head with the message to make sure you’ve got it.  You need to be paying attention. Watch and listen carefully. You’ll pick up some valuable information to help you in your trucking career.

THESE drivers have a lot to offer.

WATCH THE VIDEO TO LEARN HOW TO IDENTIFY A SUPER TRUCKER!!